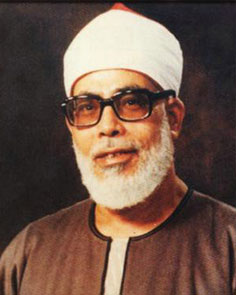 Sheikh Mahmoud Khalil Al-Hussory was selected as the first President of IQRA.

He was born in a village called Shobra al-Namla in Tanta,Egypt in 1917. Mahmoud entered the Quran School at the age of four. At 8, he had already memorized the whole Quran and at 12, he entered to the religious institute and learned the ten Qira’at (recitations) in Al-Azhar University.

When he was twenty-five years of age he went to Tanta and established himself as a reciter. He was the reciter at the well-known Ahmadi Mosque there. Ten years later, in 1944, he moved to Cairo and entered the official radio station as a reciter where he made his first recitation on February 16, 1944. On August 7, 1948, he was nominated Muazzin of ‘Sidi Hamza Mosque’ and then a reciter in the same mosque. He was also supervising recitation centers of Al-Gharbia province.

In 1949, Sheikh Mahmoud Khalil Al-Hussory was appointed reciter of ‘Sidi Ahmed al-Badaoui’ of Tanta, of al-Ahmadi Mosque and then of Imam al-Husseiny Mosque in Cairo by 1955.

In Cairo, Sheikh Al-Hussory also studied at Al-Azhar University. He was also a well-known religious scholar and author of many books on various aspects of the Quran. He was also involved in the recent Azhari printing of the Quranic text. His status as reciter was somewhat official. he held the title Sheikh Al-Muqri (Scholar of the Reciting Schools), and his opinions were frequently solicited and quoted by the media.

Sheikh Mahmoud Khalil Al-Hussory was appointed the Shaikhul Qurra(شيخ القراء) of Egypt.  His recordings are widely distributed outside of Egypt. As one of the four top-ranking reciters in Egypt, he recorded the complete Quranic text in both styles of recitation, Murattal (Tarteel) and Mujawwad(Tajweed) and was the first to record and broadcast the Murattal style.Sheikh Mahmoud Khalil Al-Hussory  is known for the correctness (Tajweed) of his recitation . 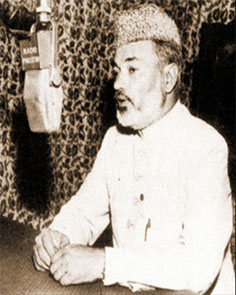 Qari Zaher Qasemi was selected as the Secretary General of IQRA.

In 1975, he represented Pakistan in the International Qira’at Competition held in Kuala Lumpur, Malaysia. 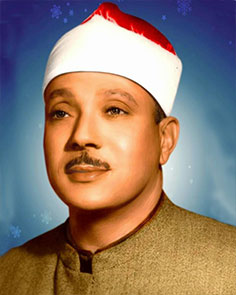 Sheikh Abdul Basit Mohammed Abdussamad was selected as one of the Executive member of IQRA.

Sheikh Abdul Basit Mohammed Abdussamad ( عبد الباسط محمدعبد الصمد), was a renowned Egyptian Qari (reciter of the Quran). As such, many modern reciters try to imitate his style.

In 1950, he came to Cairo where Muslims in many mosques were captivated by his recitations.

Sheikh Abdul Basit travelled extensively outside  of Egypt.He traveled Pakistan several times. In 1966,IQRA was established and during the conference he recited at the Badshahi Mosque in Lahore,and Nostor Park in Karachi in West Pakistan.In 1967,during the second conference of IQRA he recited at the Historical Paltan Maydan,in Dhaka in East Pakistan(Bangladesh) along with other Qurra from different countries. He visited Indonesia (1964/1965 ) at Jakarta and recited the Quran in the country’s biggest Mosque. The audience filled the entire room of the mosque, including the front yard,about a 1/4 of a million people listened to his recitation till dawn. Also in Pekalongan (city of Batik ), he recited at the Masjid Jame’ (Masjid Kauman), his recitation captivated the audience. He also recited for more than two hours at the ttop Islamic Institution of the Subcontinent” Darul Uloom Deoband’s” 100 years celebration in the early 1980s where scholars from all over the world were present in the thousands. In 1987, whilst on a visit to America, Sheikh Abdul Basit related a story from one trip he made to the Soviet Union with the then Egyptian president Gamal Abdel Naser.

Sheikh Abdul Basit was asked to recite for some leaders of the Soviet party. Sheikh Abdul Basit recounts that four to five of his listeners from the Communist Party were in tears on hearing the recitation, although they didn’t understand what was being recited, but they cried, touched by the Quran.

Indira Gandhi, the former Indian Prime minister and political leader always felt touched by his recitation and would stop alongside to appreciate his recitation.

Sheikh Abdul Basit died of an illness, not due to an accident. Seven days before his death, Sheikh Abdul Basit was admitted to one of the best hospitals in London. The exact date of his death has been confirmed to be on Wednesday, November 30, 1988. 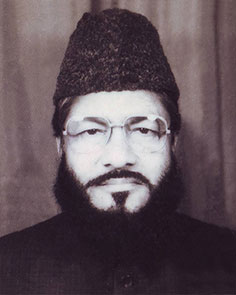 Qari Muhammad Yusuf was selected as the Executive member of IQRA.

Early life & Education: Qari Muhammad Yusuf (Rah.) was one of the renowned Reciter of Quran in the Asian region. He was born in a village called Daulatpur of Patiya (now Karnaphuli) in Chittagong, the then Indian Subcontinent (after independence Bangladesh). At the age of 5 he started his early child Quranic education to Mawlana Khayer Ahmad. At 7, he started memorizing (Hifz) Quran at ‘Shaheepur Madrasah’, Chittagong. Later he completed his Hifz at ‘Madrasah Islamia Ziri’ . After completion of Hifz he got admitted into the same institution for higher education in Islamic Studies (Hadis). In 1957 he completed his education and went to West Pakistan for studying Qira’at. There he admitted into the finest ‘Qira’at institute’ called ‘Darul-Quran’ at lazvella in Karachi, founded by Qari Zaher Qasemi. Qari Muhammad Yusuf studied Qira’at from Ustad Qari Ali Muhammad Sharfuddin of Yemen, Ustad Qari Habibullah Khan of Afghanistan (his written books of Qira’at are popular in the subcontinent), and Ustad Qari Muhammad Iliyas of Pakistan. Qari Muhammad Yusuf was strongly influenced and affected by the recitation of Sheikh Mustafa Ismaeel and Sheikh Abdul Basit Muhammad Abdus Samad. He studied Qira’at for 5 years and completed in 1962.

Qari Muhammad Yusuf was the first Bengali who achieved his ‘Ijaza’ on Qira’at of Imam Hafs (RA) which comes successively from Prophet Muhammad ﷺ through his descendants.

Travels and achievements: In 1960 Qari Muhammad Yusuf joined Radio Pakistan (Karachi) being the first and only one Bengali Qari.

In 1962, he participated in ‘All Pakistan Qira’at Competition’ held at Arambag, Karachi in West Pakistan and won the 2nd prize with Silver Medal.

Death: The pioneer of correct recitation of the Holy Quran and Qira’at in Bangladesh, Imamul Qurra Hazrat Mawlana Qari Muhammad Yusuf (Rah.) died on 18th April 2018 due to illness. 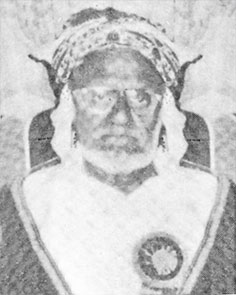 Sheikh Ali Muhammad Sharfuddin was selected as one of the Executive member of IQRA.

Sheikh Ali Muhammad Sharfuddin borned in Yemen.He died in Pakistan.He studied seven(7) Qira’at from Egyptian teachers .He used to recite in an amazing way.He shifted to Pakistan at the early 1950.There he joined ‘Darul-Quran Lazvella Karachi’ as a teacher. 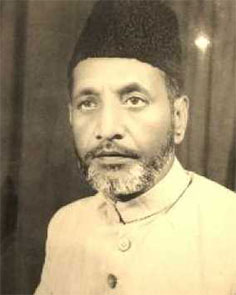 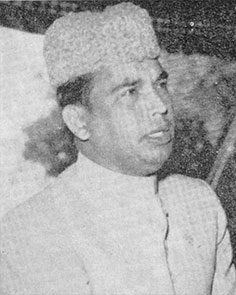 Qari Shaker Qasemi was selected as one of the Executive member of IQRA.

Qari shaker Qasemi was a reputed Qari of Pakistan in the early 70’s.He was a Qari of  Radio Pakistan.He is the younger brother of Qari Zaher Qasemi.He participated in ‘All Pakistan Qirat Competetion’ at Arambag in Karachi in 1962 and achieved Gold medal. 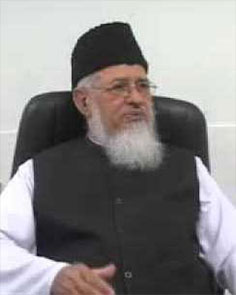